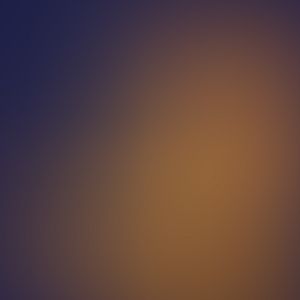 Founded in 1976, AFEL is a non-political and non-confessional NGO recognized by the Lebanese State by virtue of the 1977 Decree No. 97 AD.

Afel has since taken care of more than 5,000 children, enhancing the daily lives of countless people and giving entire generations the means to become autonomous and responsible adults through a unique holistic approach which incorporates the family in the child’s rehabilitation process.

Afel’s mission is to provide care and protection to children in need facing abuse, learning and communication difficulties by tending to their educational development and vocational training as well as equipping them with the tools to protect themselves, become independent and build resilience, thereby facilitating their insertion into society.

- 35 children were welcomed at Jouar boarding house: these were children subject to abuse and mistreatment at home and staying with their families threatened their lives and development. At Jouar, they benefit from psychological and educational care. 14 of those children were sent to a special remedial school at Jouar.

- 79 children benefited from after-school support and a hot meal at our Sin El Fil centre. This centre plays a crucial role in child delinquency and labor prevention.

- 176 brothers and sisters of children attending the centres were supported by social workers and psychologists, throughout the year.

The remedial schools at Jouar and Burj Hammoud are accredited by the government and are the only free of charge schools in Lebanon. Both schools provide special educational, psychological, and relational care, as well as speech therapy for children who are unable to attend ordinary schools.

140 children participated in Afel’s summer camps in Jouar and Sin el Fil during the months of July and August 2018.

Afel today is a national reference in child protection (CP)

The establishment of Afel by the founders in 1976 constituted a highly significant event in our current national social infrastructure. As an expert in case management, Afel provides expertise on abused children and family needs along with the Ministry of Social Affairs.

Afel has been awarded the 2018 Conflict Prevention and Peace Prize in Lebanon by the Ghazal Foundation for Education, Research and Peace in Lebanon.

N.B. Both remedial schools at Jouar and Burj Hammoud are accredited by the government and provide a specialized educational, psychological, and relational follow-up as well as speech therapy to children who are unable to pursue the classic school program.