HORROR AND ITS REPRESENTATION

A Conversation with Yassin Al Haj Saleh and Ziad Majed

We are pleased to invite you to the third installment of the MPF Talks series, featuring writer, intellectual, and former political prisoner, Yassin Al Haj Saleh in conversation with political scientist and author, Professor Ziad Majed. The discussion will focus on Mr. Saleh’s latest book, Horror and its Representation: Deliberations on Syria’s Destroyed Form and its Complicated Formation, which was published by the MENA Prison Forum and Dar Al Jadeed in 2020/2021.

Please register by mail : mina.ibrahim@menaprisonforum.org
Deadline for registration : Thursday, June 10, 2021 at midnight (Beirut time)
Language: English with Arabic Translation (Q&A will be both in Arabic and English)

Yassin Al Haj Saleh is among Syria’s most prominent and prolific contemporary thinkers and writers. In 1980, he was arrested under the regime of Hafez al-Assad for his membership in the Syrian Communist Party. He was detained for sixteen years, the last of which he spent in the notorious Tadmor prison—an experience he recounts in his 2012 book, "Salvation O Boys: 16 Years in Syrian Prisons" (in Arabic). Saleh has written five other books—including "Syria in the Shadow: Glimpses Inside the Black Box" (2009, in Arabic), "The Syrian Question" (2016, in French), and "The Impossible Revolution: Making Sense of the Syrian Tragedy" (2017)—and edited three, among them "Conquered Imperialists: On the Islamic Question and the Emergence of Islamic Sects" (2019, in Arabic). He also writes for several Arabic-language newspapers and journals outside Syria, in which he analyzes and reflects on political, social, and cultural issues and developments taking place in Syria as well as the region more broadly. Saleh is a co-founder and contributing editor of the online publication al-Jumhuriya. In 2014, he established Hamisch Syrian Cultural House in collaboration with Syrian and Turkish writers, artists, and intellectuals. Located in Istanbul, Hamisch (“margin” in Arabic) seeks to foster critical dialogue and debate among Syrian refugees and those living in exile in Turkey, as well as to cultivate constructive cross-cultural exchange between Syrian academics and artists, and their Turkish counterparts.

Ziad Majed is an academic and activist specializing in the topics of political reform, democratic transition, electoral systems, and state-society relations in the Arab world, with particular attention to Lebanon and Syria. He teaches Middle East studies at the American University of Paris, and has authored books in Arabic, French, and English, including "On the Beirut Spring and the Unachieved State" (2006, in Arabic), "Syria: The Orphaned Revolution" (2014, in French), and "In the Mind of Bashar Al-Assad" (2018, in French), co-authored with Subhi Hadidi and Farouk Mardam-Bey. Majed has also written numerous book chapters and regularly contributes to Arabic- and French-language publications. In 2004, Majed founded the non-sectarian Democratic Left Movement in Lebanon, and participated in the 2005 Independence Uprising in protest of Syria’s military presence in the country. He is also a founding member of The Arab Network for the Study of Democracy, which tracks, measures, and promotes democracy in the Arab region. 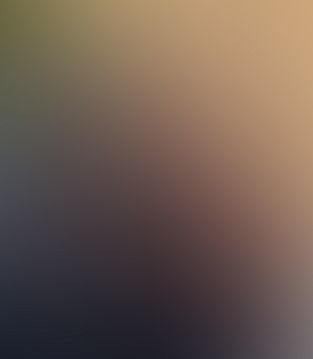 From Journalism to Art - A Healing Journey, Yasmine Dabbous