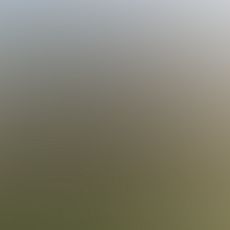 Mon Village, “my village,” is a project that was conceived by environmentally minded developer Philippe El Khazen and equally green architect Nizar Haddad in an effort to build on a niche market for self-contained eco-housing that retains the spirit of traditional Lebanese architecture.

In Bekaatat Kanaan, a small village near Kesrouan in the north, the duo created a space host to a collection of independent houses that share paths and a communal pool. The most important aspect of these houses is not that they are in a place where deep solitude and peace can be found though, but rather that the buildings are built specifically to blend in with the surrounding environment and to be self-sustained in several aspects.

Started in June 2012 and finally finished in June 2014, the eight houses have been completed and young families have since moved in. Each house has features to retain rainwater for storage in underground tanks, as well as to recycle and reuse wastewater for irrigation. The stone buildings have “green roofs” and instead of following a traditional line, the roofline continues directly into the ground to create a more natural shape to mimic an extension from the ground. This design also allows for the collection of the rainwater that essentially reaps the water.

Khazen, hailing from Bekaatat Kanaan, is not only concerned with the environment in Lebanon, but wanted to protect his native village from development that is not eco-friendly and does not take the beautiful surroundings into account when building.
“[Mon Village] is mainly to preserve the environment in my hometown and because they melt into the surrounding. Add to that the market demands and the people getting more and more concerned to protect the environment,” he says, emphasizing that there is a real need and want for more of this type of development in Lebanon. It is a niche market, but one that is growing.
With air conditioning a massive energy cost to most households during Lebanon’s scorching summers, the houses were also built with double-layered stone, minimizing both heating costs in the winter and cooling costs in the hot months.

When construction was still far from finished, the eight lots were already bought. This is something that Khazen attributes to not only a desire for Lebanese people to have peace and quiet, but the fact that people in the country are becoming more concerned with the environment.

“This kind of housing is getting trendy since Lebanese are suffering from the destructive effect of the architecture in the cities, along with the noise and air pollution,” Khazen says.

Due to the success of Mon Village, Khazen and Haddad are working together on another project called, “Rive Gauche,” which will also be in Bekaatet Kanaan, overlooking the Bekaata Dam. It is set to be finished in October 2016. The concept behind this is the troglodyte, which is a person who lived in a cave, especially in prehistoric times. Khazen sums up the project with a quote from architect Frank Lloyd Wright.

“No house should ever be on a hill or anything. It should be of the hill. Belonging to it. Hill and house should live together, each the happier for the other.”