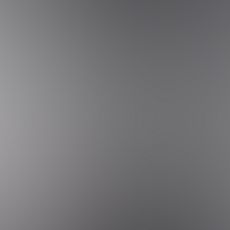 The composer Omar Rahbany will perform with a chamber music ensemble on Saturday December 22 at the Assembly Hall during the Beirut Chants Festival. A few days before this event, he answers the Agenda Culturel’s questions.


What are you going to play during this concert?
I am very happy to announce that we will be performing music from “PASSPORT” my latest album, new arrangements of the Rahbani Brothers music, Christmas Carols and most importantly, the world premiere of my 1st Piano Concerto.
I must say that this is the most challenging project I have undertook so far, my “Apollo 11” mission.
Modern society is changing, life is faster, and people are smarter and have developed a more eclectic taste. This affected the way I designed the repertoire by balancing “structured music’ and “lyrical forms”. It is true that we are having a lot of fun during the rehearsals, but we can’t deny the fact that it is also physically and mentally demanding as we have to keep up with every new stylistic change.

Tell us more about your Piano Concerto?
I’ve composed the work just before I finished mixing my Album PASSPORT in 2015-2016.
It is based on Baroque forms and technics, combined with Indina Konnakol, Brazilian rhythms and Arabic ornamentation and phrasing, the concerto’s different musical languages made the writing process problematic.
I had to go to Barcelona and Munich to consult some of the greatest musical minds to find the best way to notate it (Jordy Mora and Christoph Schlüren, both Sergiu Celibidache’s pupils for those interested to know)
The next step was to find an orchestra to perform it. I went to Berlin, London, Milan, Brescia, New York, California, San Francisco… Same answer everywhere: We like the work very much but it would require too much rehearsal time which we don’t have.
I’ve lost almost all hope after 3 years to see the work performed when I was contacted by the Beirut Chants Festival asking me if I would perform any of my works.

Who are the musicians playing with you?
Having decided to start my own ensemble, I started looking for the best musicians who would be capable of executing the work. It is with great pride that I’m playing with Mario Rahi on 1st Violin, Sergey Dayan on 2nd Violin, Hayk Ter-Hovhannisian on Viola, Hayk Babayan on Cello, Makram Aboul Hosn on Double Bass, Christopher Michael on Timpani and Percussion, Ricardo Abi Haila on Drums and Percussion, and this is the “PASSPORT Chamber Ensemble”.

What are your future plans?
After composing my first piano concerto, I was asked to compose a second one that is technically less demanding. I just finished the second movement, hoping to finish it all after the Beirut Chants concert.
Aside from my work in the realm of Absolute music, I’m also a big believer of Total art, meaning a work that makes use of many art forms in one opus, but this is another long story and for now, I have to go back and practice for tomorrow Concert at the AUB - Assembly Hall at 8pm. Free Entrance.