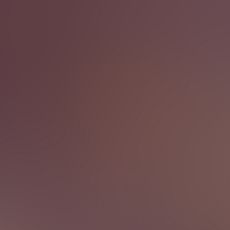 Bushra El-Turk, back to Lebanon

Bushra El-Turk is a brilliant young Lebanese composer living in London and whose very original work is beginning to be known and played worldwide. On 19 February, the Philharmonic Orchestra of Lebanon will premiere in Lebanon ‘Of Laughter and Forgetting’ a work for piano, oriental instruments and orchestra. Bushra speaks to us about her career and her projects.

How did you decide to become a composer ?
I wish I could tell you that I had full control over this decision because, in fact, the profession chose me. I was 17 when a little black bird outside my window was twittering the same rhythm repeatedly and a piece for symphony orchestra wrote itself. I experienced the same euphoria to that of a child and that was the story of how a little black bird dictated the rest of my life.

How would you define your music ?
My music straddles Eastern and Western idioms, whether it is within the music or working with musicians from different cultural backgrounds.

Tell us about the concert of 19 February.
I present to the Lebanese audience 'Of Laughter and Forgetting' which is a monodrama in one act for piano, Oriental instruments and orchestra. It portrays a diasporic Levantine woman's feelings of alterity wherever she is. Beginning with an Eastern/Western drum dual, this then descends into a kaleidoscopic whirl of theatrical wit, with nostalgic Levantine touches over contemporary Western harmonic punches and tides, toying with a fragment or two from a popular Lebanese song. It was written especially for the pianist Tala Tutunji who joins us from Dubai on 19 February.

Tell us about your projects
I had a hugely successful one-woman opera premiered last November called ‘Silk Moth’ based on honour-killing. The performance was nominated for the True Honour Awards 2016. I have a world premiere of a piece for 15 players in Copenhagen on 19 March. I have an upcoming CD release with the London Symphony Orchestra featuring my piece ‘Tmesis’. I am working towards another opera for the Egyptian/German soprano Merit Ariane Stephanos to be premiered in 2017.