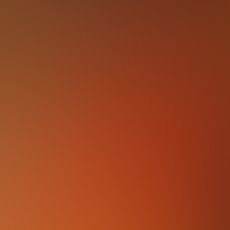 Images: The visual arts of India

India has a rich heritage of architecture, sculpture, painting, carvings and handicrafts, which dates back to the dawn of human civilisation. The Indus Valley Civilisation, which reached its peak around 3,000 BC, has left behind few examples of its artistic tradition but the sculpture of the Dancing Girl of Mohenjodaro alone is enough to show that it was a stylised and sophisticated tradition. Because most of the materials used in early architecture and painting were perishable, most of the art that has survived is in the form of bronze and stone sculptures and carvings. The carved lions of Ashoka’s pillars, the cast metal bronzes of the Pallavas and the Cholas, the amazing temples and palaces carved out of mountains and rock in Mahabalipuram, in Konark, in Khajuraho and in the cave dwellings of Ajanta and Ellora, and the great stone fortresses of Rajasthan, Mandu and Hampi are some examples. Architecture (the use of space), sculpture (form) and painting (colour) often intermingled and drew on each other to create holistic works that shaped the environment.

Historically, Indian art was deeply influenced by the three great religions of ancient India – Hinduism, Buddhism and Jainism. It was also influenced by external inputs from Greece (especially when Alexander reached the Indus on his quest for world domination), Central Asia, Persia and Turkey. Traditionally, the artist remained anonymous as an individual, the focus being on the spirit and essence of the artist’s creation, on idealism rather than realism. In the process, Indian artists revealed a mastery of space, form and colour that has been retained over the centuries and still illuminates the work being done by modern-day artists.

Examples of the works of the painters of ancient India can be seen in the wall frescoes and mosaics that have survived the ravages of time. Some ancient illustrated palm-leaf manuscripts have also survived. But it is from the 11th and 12th centuries onwards that we begin to see a plethora of evidence of the skills of Indian painters, mainly through the illustrated manuscripts produced by the various schools of miniature paintings that developed from then on – the Mughal school, the Rajput school, the Pahari schools such as Kangra and Guler. These schools represented a fusion of Islamic and Hindu influences. Also around this time developed an art form unique to India – the Raga Mala paintings, which used form, design and colour to depict the spiritual essence or unique rasa of the various ragas or classical music compositions, each of which was composed to represent specific times, seasons and emotions.

The richness of the Indian artistic heritage was not restricted to the palaces of the nobility but flourished in the handicraft and folk art traditions which are still vibrant and alive in India today. Some examples are the painting traditions represented by Madhubani, Kalamkari and Phad; the bidri work of Hyderabad; the inlay work using precious and semi-precious stones that is represented so superbly in the Taj Mahal; the colourful Jaipur pottery; the complex designs and motifs in Indian textiles; and many other objects of daily use, from furniture to toys.

Contemporary or modern Indian art had its origins in the coming of the Europeans to India, the British, the French and the Portuguese. Portraiture and all the visual arts in general became more realistic, with Raja Ravi Varma’s paintings of Rubenesque yet clearly Indian women symbolising the influence of naturalism and of the Renaissance painters of Europe. The Bengal School of painting fathered by Abanindranath Tagore tried to revive the historical traditions of Indian art. Immediately after India gained independence, the 1950s saw the Bombay Progressives like MF Hussain and Francis Newton Souza introduce idioms which focused on representing the characteristics and essence of India, a spirit which still informs the works of Indian artists, whether it be paintings, sculptures, installations, or graphic design.