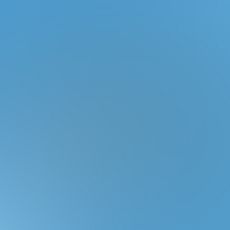 My first encounter with Ayman Baalbaki’s art work was, to put it simply, love at first sight. I dragged my husband to see the Beirut Art Fair years ago. As we looked at all the beautiful paintings, one large painting, in particular, of a man in a Kufiyah, took my breath away. That painting I could watch every day of my life and I would always wonder about the man. Was he a terrorist? Was he a young lad from the village who worked with his hands in the fields of Bekaa? Was he worried about life? Was he daydreaming of his future? I could literally sit contemplating that man for hours! I was so taken; a lovely tall young woman approached me and said, “You like it?” I said I loved it. I asked for the price. She said it is not for sale, I am just exhibiting it for the fair. She owned it!

Years later, I would see the works of Ayman Baalbaki at Saleh Barakat's first art gallery, Agial. Next, I would read all the news of his meteoric rise to fame not only in Lebanon but outside the country. A few days ago, I had the privilege to visit a private art collector and his family’s paintings. The first painting that caught everyone's eyes was an Ayman Baalbaki man in a kufiyah! We knew right away that the rest of that collection would be fantastic. It was! We thought to ourselves nothing could top this art dreamer’s visit.

The truth is, nothing can top the beautiful works we saw that day. Unless you are lucky enough to see more works from the artists that were part of that unforgettable art collection. Sure enough, at the new and spacious Saleh Barakat art gallery, there is currently an exhibition of Ayman Baalbaki called ‘Blowback’. I sneaked into see it this morning and I met Ayman Baalbaki in person!

This new exhibit focuses on glimpses of the Civil War in Lebanon. For anyone who lived through it, read about the horrors of that war, these paintings bring recall the images of that darkest moments in Lebanon’s history; moments that we must never forget. Baalbaki’s paintings focus on the destroyed buildings and objects during the war, not on the people. He doesn’t need to. One can easily imagine the horror of it all.

Even though the exhibit focuses on the destruction during the war, Baalbaki’s works are not depressing and gruesome, like so many ME artists, today, portray their war-torn homelands. Your attention is on his snapshots of the war. He lets you glimpse at Lebanon’s past through his brilliant mastery of color, texture, and style. He plasters paint on canvas with very little use of brushstrokes. This freestyle gives his works a vivid, fresh, and modern appeal. Baalbaki gives the viewers snapshots of the past. How they feel and react to it, is up to them.

If you are an avid art lover, or you don’t know much about art, you need to see Ayman Baalbaki’s exhibition “Blowback”. He is one of the most talented contemporary artists in Lebanon today. His works are being recognized all around the world fetching the highest prices among current Lebanese painters. Few of us can acquire his works, but we definitely can admire them! Take your time looking at each of his works. From paintings of the embassy bombing, to the Barakat building, whichever you see, you will agree with his followers: he is a master at what he does. Get acquainted with him and his art. ‘Blowback’ runs until November 26. It is one of the best art exhibitions in Lebanon this fall.