BEIRUT CHANTS : A TRIBUTE TO ARMENIA

Ihab Jamal, Violin
Ihab Jamal, born to a musical family in Lebanon, He began home-learning the violin at the age of6 and then at the Lebanese Higher National Conservatory of Music. He is a student of Professor and pedagogue Arthur Ter-Hovhannisyan and holds a Master’s degree from the Komitas Yerevan State Conservatory. Ihab is an international prize winner awarded the 1st prize at the international competition of theRenaissance Festival which was held in 2015 in Gyumri - Armenia and 3rd place at the contest Hrach Bogdnayan International Violin Festival in 2015 inYerevan, as well as the 1st place in the Chamber Music Competition Margot Babikian in 2010 in Beirut. Ihab is a member of the West-Eastern Divan Orchestra with Maestro Daniel Barenboim where he appears in the concert halls of La Scala - Milan, Musikverein - Vienna, Salle Pleyel - Paris, Berlin Philharmonic, the Royal Albert Hall in London, the Teatro Colon in Argentina, KKL - Lucerne, Salzburg Festspiele and many others. Ihab appeared as a soloist with the Lebanese Philharmonic Orchestra performing the Khachaturian, Tchaikovsky and Mendelssohn violin concertos, and participated at the Aram Khachaturian International Violin Competition in 2015as the first Lebanese violinist representing his country at a prestigious competition. He was invited to perform solo concerts in Russia, highlighted by performances at YaroslavlPhilharmonic Hall and Rybinsk Cultural Center, Concerts at the Famous and historical Rostov Kremlin old city, he also performed concerts at Vologda Philharmonic Hall and Cherepovets Philharmonic Hall accompanied by the Vologda Chamber Orchestra as well as a performance at Moskonsert Hall in Moscow, accompanied by the “Seasons” Chamber Orchestra of Moscow with Maestro Vladislav Bulakhov celebrating it’s 25th Anniversary. Locally, Ihab gave recitals at several festivals in Lebanon, including the first 2 editions of Les Musicales de Baabdath, the Molaeb Festival for Chamber music and fine Arts, and BeirutChants Festival, he also gives annually a number of concerts in several cities.

Anna Gyogchyan, Alto
During her studies she took lessons at K. Kashkashian, P. Oundjian and at many other masterminds of viola and ensemble teaching. She has toured as a soloist/ concertmaster alongside various ensembles, quartets, orchestras in Armenia, Russia, the Middle East, USA, Canada, Australia, EU. Since 2007, Anna has served in the Lebanese Philharmonic Orchestra (LPO) as section leader of the viola section. In addition, she has performed there as a soloist several concertos for Viola and Orchestra by Bartok, Bruch, Weber, as well as chamber music alongside other LPO colleagues. In 2015, she has been invited to be part of Armenian World Orchestra in Paris along with 50 other best musicians of Armenian origin, for the concert in memory of 100th anniversary of Armenian genocide, under patronage of the French and Armenian presidents. In 2019, she played critically acclaimed premiere of Dr. Naji Hakim's Fantasia for Viola and Piano alongside the composer, and she's honored to be the dedicatee of this wonderful piece. In addition, Anna is pleased to participate in this benevolent humanitarian fundraising for children of Lebanon. She is married to cellist Avetis Gyogchyan, and they have two children.

Jana Semaan, Cello
Jana Semaan started learning cello at the age of eight at the Lebanese National Higher Conservatory of Music. After graduating from high school, Jana moved to Berlin where she was granted a scholarship to pursue cello studies. One year later, she auditioned to the State University of Music and Performing Arts in Stuttgart. She graduated with top grades in 2014. Meanwhile Jana was touring regularly as an orchestra and chamber musician under the baton of Daniel Barenboim and others. She participated in several international festivals in Europe, Asia, the Americas and Lebanon (BBC Proms, Salzburger Festspiele, Bayreuth Festival, Lucerne Festival etc.). In 2009, She was invited by the Teatro alla Scala Orchestra in Milan for a three-month project. In 2016, Jana received her Master’s degree in Early Music/Baroque Cello with distinction. She was appointed board member and advisor at the early music university department. Jana participated in many master classes with renowned musicians such as Yo-Yo Ma, Lluis Claret, Conradin Brotbek, Jesper Christensen, Dame Emma Kirkby, Eric Mentzel, Malcolm Bilson among others, and is always active as a chamber musician through academies, festivals and regular ensembles. As a baroque cellist, living in Europe exposed her to big influences. Since 2017, Jana teaches music at several universities in Lebanon. In September 2018, she founded the Center for Early Music at the Antonine University-Lebanon, the first of its kind in the region, where also guest teachers from Germany visit regularly.With her premiere recording project of the complete toccatas of Francesco Paolo Scipriani / Supriano (1678-1753) in 2019, she introduced herself as a solo baroque cellist to a large audience, while also pursuing the pedagogical approach of spreading this work to cello students and providing a historically informed performance practice of lesser-known compositions of the cello repertoire. Jana is currently a founding member of the Café International Baroque Orchestra in Germany, member of the Etihad Chamber Orchestra in Jordan and board member of the newly founded German-Lebanese Artists Society. Since November 2020, Jana is a guest lecturer at the State University of Music and Theatre in Hamburg (HfMT). 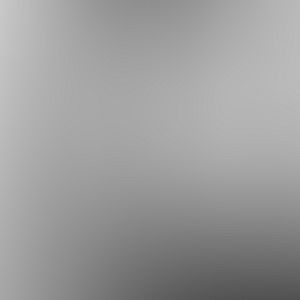